Wasn’t inflation supposed to be transitory from a bump in pent up demand over the summer that would slow back down?  Nearly everywhere consumers look, it’s hard not to see some sort of economic fallout from the pandemic – constricted supply chains, delays in production, back logs for orders, lack of available workers to fill needed jobs.  This has all contributed to increased inflation fears – and actual inflation.

Inflation is a fickle beast – we need it, but not too much. Many of this is due to the economic reopening, right?  Lockdowns in March 2020 caused a ripple effect among supply chains.  One example is the microchip shortage affecting the production of new vehicles. If the demand for new cars is the same, but supply is backed up because of a lack of chips, buyers must turn to the used car market.  When you have hundreds of thousands of people in the same lane, but the same amount of available used cars, prices increase to match that demand.  You just earned a free Macroeconomics 101 lesson.  However, the high inflation isn’t just coming from “reopening” components of our cost of living.  The chart below shows that non-reopening factors have been a steadily positive, and growing part of the high inflation we’ve experienced since the spring.

So, there’s got to be a reason behind this, right?  Well, the Federal Reserve and Congress approved incredible stimulus measures during the COVID lockdowns.  In fact – so much so, that over one third of all dollars ever created have been “printed” since March 2020. So, we cannot create dollars, devalue the currency, and not expect some level of inflation.  But if the economy continues growing at an above average pace, this dollar creation isn’t such a bad thing.  The pandemic induced recession was so drastic and affected so many people that stimulus was needed to restart the economy and prevent a full on global economic depression.

I’ll be the first to admit that inflation is annoying.  The old “I remember when a can of Coca Cola only cost a nickel” tales are starting to be a phenomenon that I can relate to.  But if the economy grows enough to support an increase in prices, workers’ wages will grow too, and it might not be the worst thing in the world.  The Federal Reserve has announced they are reducing their stimulative asset purchase program and will eventually have to raise interest rates to curb inflation.  This also acts as a natural headwind for growth, but if they manage this appropriately, the economic expansion can continue rather than experience booms and busts.

It’s somewhat ironic that folks are so worried about inflation.  The latest forward looking consumer confidence numbers were the lowest in 10 years.  Inflation is really taking its toll.  However, if you own a house, that might be your largest asset and it is probably worth more than ever before.  The stock market is near record highs, so for anyone with a retirement account, that also is likely worth more than ever before.  For one of the first times in history, wages for the bottom 50% of income earners are growing faster than higher income earners.  And lastly, for those without a job, there are more job openings than ever before!  So yes, maybe inflation is rightly something to be unhappy about, but remember – life probably could have been worse. 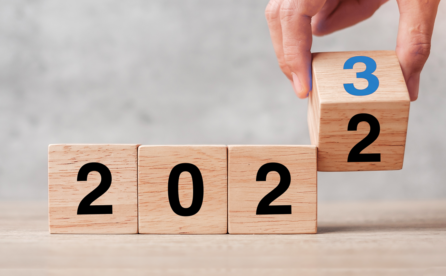 Investment Insights
The 2023 Earnings Conundrum
2022 brought about a vicious end to the post-COVID market rally with a relentless onslaught of worrisome news - so, what’s ahead in 2023?
Read More 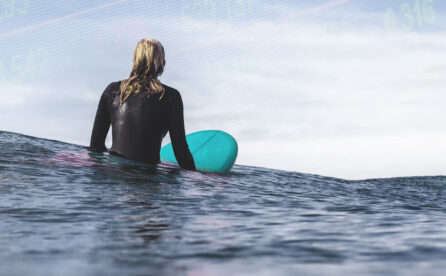 Investment Insights
This Is Your Cue To Start Saving!
You’re missing out if you wait until you’re older.
Read More