The research paper, “Alphabeticity Bias in 401k Investing¹”, examined how funds listed first on the investment menu, sorted alphabetically, are picked more frequently than others. That is, instead of plan participants making the “most educated” investment decision for their individual needs, they are simply letting the order in which the investment options are listed dictate their decision.

The researchers, from three different universities and one behavioral science center, evaluated over 6,800 401(k) plans using a proprietary database from Brightscope, Inc. and information obtained from IRS form 5500 filings.  The paper notes that two psychological biases contribute to this “alphabeticity” phenomenon (you can think of a psychological bias as a sometimes skewed “rule of thumb” that our minds default to as a shortcut for decision making). The two psychological biases the paper points to are:

During their research the authors found that service providers to 401(k) plans like third party administrators (TPAs) often submit to the status quo bias by using alphabetical lists when displaying fund choices simply because it is an industry standard.    This is true both in enrollment meetings with plan participants and when participants view the fund menus online.  Their research also points to “satisficing bias” as participants generally choose one of the first outcomes when it pertains to making an investment election because it feels “acceptable”.  Participants, on average, typically don’t push further to evaluate other investment decisions that might be more beneficial or optimal and simply choose investments appearing toward the beginning of the list.

The study goes on to say that plan service providers could try to mitigate this alphabeticity bias by making adjustments to the criteria for how funds are listed.  For example, TPAs could list fund choices based on underlying expense ratios in ascending order recognizing that fund expenses are a drag on performance over time.  Their research showed that the average expense ratio of the top four funds listed alphabetically was 0.90%.  By switching to a list of funds in ascending expense ratio the average cost of the top four funds falls to 0.62% – that’s a decrease of over 30%.  Additionally, funds could be listed based on historical volatility with mutual funds exhibiting lower volatility listed at the top.  According to the research, the authors show that lower volatility funds (within similar asset classes) have generally outperformed higher volatility funds over the past few decades.

The research looked at many other variables that might influence their theory including issues such as serial-order.  Psychological studies have shown that people tend to remember items at the beginning and end of a list where the items toward the end support a recency bias.  It might be easier to remember the first and last digits of a phone number, but the middle integers are often harder to recall.  Ultimately recency bias is not supported in the research as the authors show that investment in the funds at the bottom of a fund list garner about 10% less investment than those listed at the top.

Based on this research, it is important to recognize the different biases all investors bring to the table to increase awareness of what might be influencing investment decisions.  Service providers to the 401(k) industry can start by improving participant education about plan benefits and the fundamentals of investing.

Today, most 401(k) plans allow participants to make investment changes as often as they want.  While we do not recommend making portfolio changes frequently, given this research, now may be an opportune time to review current investment choices.  It may be most helpful to categorize fund choices into different asset classes, or buckets.  For example, each mutual fund listed in a 401k plan menu is typically labeled with a category like “Large Blend”, “Small Cap” or “Bond Index”.  There may be five different funds labeled as Large Blend and three different funds listed as Small Cap and so on.  Participant education should emphasize how establishing a target allocation between stocks and bonds is an important first step.  From there participants can choose the number of funds they want to use within the stock and bond allocations in a more objective manner.

Plan participants should use this opportunity to thoroughly evaluate available fund choices to help build a truly diversified allocation; an allocation that goes beyond a potentially biased result. 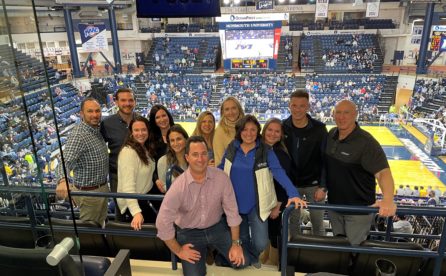