A ride on the cyclone

Markets in the first quarter generated a similar type of queasiness for some investors. Stocks roared in January, setting multiple records as excitement about the $1.5 trillion tax-cut package, expanded fiscal stimulus and synchronized global growth permeated the mindset of investors. Then…

The first drop came as January’s strong wage growth stoked fears of increased inflation, sending bond yields higher and stocks lower, causing an abrupt end to market complacency. As we wrote in our February commentary on market volatility, the CBOE Volatility Index, or VIX, surged over 100% in a day causing the demise of two inverse exchange traded products that attempted to benefit from tranquil markets. (see February volatility spike in chart below).

Coinciding with the surge in volatility, the markets quickly declined 10% in a few short trading sessions…only to recover most losses in the next few days. Ten Year Treasury Bond yields reached a four-year peak of 2.94% on February 21 further spooking investors, but as January’s wage data was revised lower and subsequent inflation data showed a loss in momentum, bond yields began to decline.

Fittingly, as with an amusement ride, the market ride ended the quarter roughly where it started for the year.

A rise in global tensions

The market’s version of the “Cyclone” was partially turbo charged by global tariff rhetoric. Fears of a trade war with China and the return of protectionism continued to spark market turmoil throughout March. The Trump administration levied tariffs on steel and aluminum product imports. A few days later, the administration detailed $50 billion of goods that it plans to hit with 25% tariffs unless Beijing makes major trade and investment concessions soon. Not long after, China answered back by targeting high-value American exports, from airplanes to soybeans.

The Trump administration’s tit for tat with Beijing over potential tariffs has ushered in a high stakes, unsettling standoff between two global economic powers. If risks of a trade war between the two largest economies increase, global confidence and economic growth could suffer and we would likely see continued volatility in the markets.

The global economy is more interconnected than ever before, and nearly every country has been a beneficiary in one form or another. Take the iPhone for instance- it is assembled in China and has components from Japan, Taiwan, Korea, the United States, etc. (See graphic below). Supply chains are complex and even relatively moderate trade barriers would likely disrupt them.

Protectionism in any form is not good for the global economy. Previous attempts to help the US steel and aluminum industries have failed. Global trade, when fair, allows for healthy competition, as each country will specialize in areas in which they have a key competitive advantage and consumers benefit in the form of lower prices. A trade spat turning into a trade war could wreak havoc on global supply chains and have negative implications for growth, inflation, productivity and real incomes. This is not to imply we disagree with the President, as we believe there is ample opportunity to improve upon global trade as it stands today. 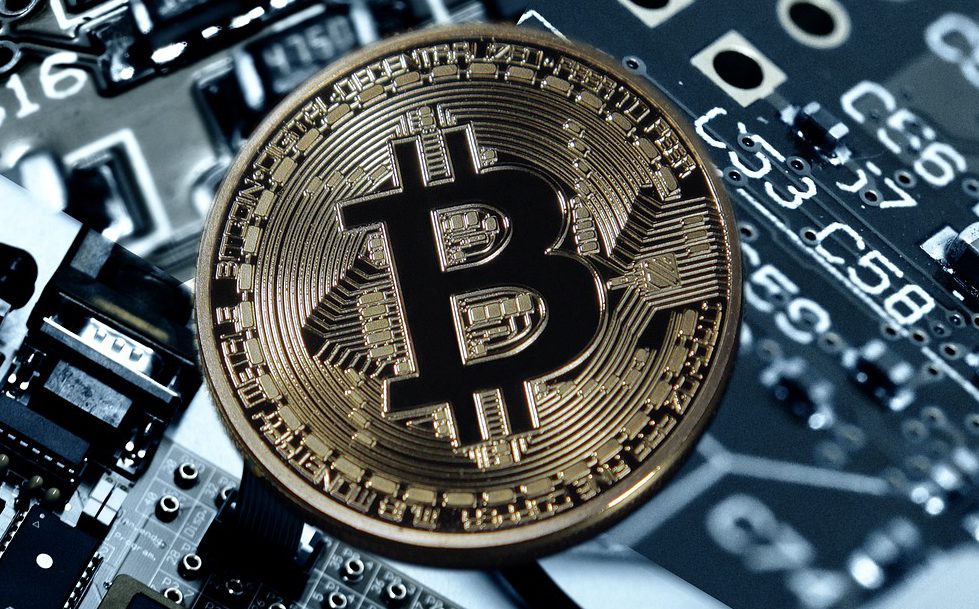 Bitcoin investors did not escape the topsy-turvy market by any measure. We previously wrote to you highlighting our valuation concerns attributable to bitcoin. Fast forward to March 31st, bitcoin posted its second -worst quarter ever during Q1 2018; the price of bitcoin declined more than 64%, from its December 2017 high of $19,511, closing the quarter at $7,098 per bitcoin.

Recent Bitcoin losses seem to be affecting a variety of investors, many of whom can ill afford to lose money. A recent survey published by the Student Loan Report* indicates that as many as one in every five college students may have been using their student loans to invest in the crypto market. The Student Loan Report surveyed 1,000 college students and found that 21.2% of them have used the funds destined for school to invest in the crypto market. As the value of these cryptocurrencies is sharply down, we can only worry about the impact this will have on student loan default rates. Obviously, the Student Loan Report contains a small sample size, but nevertheless we find it disturbing.

Corporate Governance in the spotlight

Systemic sexual harassment, bribery, weak corporate governance and data privacy concerns continue to dominate headlines. While some of these scandals took place in prior years, their repercussions continue into 2018. Facebook, confirmed personal data relating to at least 87 million users had been misappropriated by Cambridge Analytics and used to influence the 2016 presidential election, making it the newest poster child for lack of social and corporate governance. We do acknowledge they appear to be taking much needed steps to increase transparency, strengthen enforcement and support an informed community. On the other hand, Wells Fargo scandals seem to be unearthed daily with the latest focused on the practices of their wealth management division—and how ironic that Warren Buffet remains one of the largest holders of the stock. Equifax suffered one of the largest data breaches in history, exposing the personal details of up to 143 million US customers (nearly half of the US population). To make things worse, several executives sold large amounts of stock before the breach was announced to the public more than six weeks later—perhaps the definition of hubris needs to be expanded?

Uber, though a non-public company, is worth a comment as it hit the daily double; a recent hack exposed information for 57 million users, and its founder, Travis Kalanick, had to step down amid sexual harassment allegations, gender discrimination and criminal probes. Today’s headlining accused offender list is expansive and includes powerful people in media and the corporate world (i.e. Harvey Weinstein, Steve Wynn, Bill O’Reilly, Matt Lauer to name a few). These are all examples of how unchecked power; lack of the proper controls and ineffective board of directors can lead to disastrous and unacceptable outcomes. We understand investing requires trust and trust can easily be fractured when proper controls and procedures are lacking.

Voting with our wallets is an effective tool

As a fiduciary for our clients, we have opportunities and choices as to how and where we invest. We believe security analysis extends beyond price-earnings ratios and dividend yields—statistics such as those are easily observable. Encompassing elements of what is a growing movement, commonly referred to as Environmental, Social and Governance (ESG) criteria, offers a measurement system to capture factors that fundamental analysis might underestimate or miss. These factors include environmental stewardship, community impact, gender and pay equality, efficient operations, emphasis on long term rather than short term strategic thinking, and diversity at the management level. There are studies** that indicate firms with poor grades in these areas may be potentially exposed to larger declines during times of market stress and otherwise. On the other hand, high ranking ESG firms have lower employee turnover, lower borrowing costs, solid financials, diversified board of directors, an above average shareholder and stakeholder focus. We think looking at ESG factors can make sense, especially for those clients who feel strongly about investing in companies that are helping to make the world a better place. We encourage you to contact us should you be interested in learning more about how we can utilize our ESG analysis to add magnified purpose to your portfolio.

Please do not hesitate to share questions or comments with us. Thank you again for the opportunity of allowing us to help you reach your financial goals and build your financial legacy.