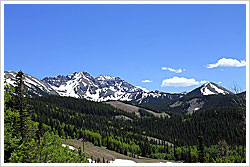 GDP for the third quarter was revised downward to 2.0% from 2.5%, based on a larger-than-estimated inventory reduction and lower-than-expected imports. Fourth-quarter GDP estimates remain in the 2.5%-3.0% range, which would bring the full year to the 1.5%-1.75% range. One of the strongest determinants that could make these numbers true is consumer demand, which is expected to remain high at least during the holidays.

November employment numbers continued on a slow but steady upward trend. Although the recession officially ended in June 2009, private employment conetinued to decline until Feb. 2010. Overall, 8.9 million private-sector jobs were lost during the recession, and only 3.0 million were recovered since the February 2010 bottom (roughly equivalent to a 140,000-150,000 per month average). Consistent along these lines, employment numbers in November increased by 140,000 (better than 117,000 in October, but not as good as 220,000 in September). Longer store hours this holiday season translated into 50,000 jobs added in the past month, but these positions are mostly temporary, and the trend will find itself reversed once the busy season is over.

The drop in the unemployment rate to 8.6% from 9.0% may well be the best news of the week. However, only half of the decline was due to people actually finding jobs. The other half of the decline happened because of people who stopped looking, which is unusual, to say the least, in a

still-uncertain economy. While a decline in the unemployment rate is good, the key metric that will move the economy forward is the number of new jobs added, which has been good, but not stellar, so far.

Real disposable income grew by 0.3% in October after declining three months in a row because of high inflation, falling Medicaid payments, and collapsing interest receipts. Consumption slowed from 0.5% in September to an even more depressing 0.1% in October. But then again, a year-over-year analysis using a three-month moving average shows consumption more steady, at about 2%.

However, the biggest detriment to consumer incomes has been taxes. Cessation of various stimulus programs, increases in state tax rates, and the progressive federal tax system mean that a 2.7% jump in incomes has been accompanied by a 15.9% jump in taxes. High earners were probably the ones who felt it most, but a look at luxury retailers contradicts this, as high-end spending has remained fairly constant.

Retail: Sales Slowing but Shopping Season Yet to Begin

In terms of year-over-year percentage change data, retail sales seem to be slowing down, but the comparison is very tough, since November was one of the strongest months in 2010. Weekly data is strong and suggests a potentially better picture for December sales, especially since it seems that many consumers have not begun their holiday shopping yet.

In light of these mostly positive economic indicators, the overall consensus seems to finally indicate that the U.S. economy will not double dip. On the other hand, nobody is yet willing to project a robust 2012, either.