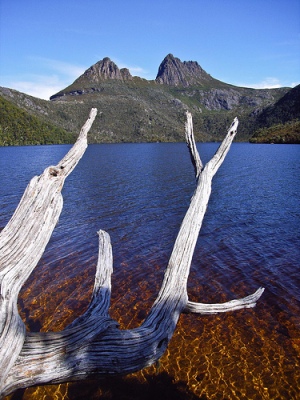 Most of the economic news released during the past few weeks pointed toward slow but steady progress in the U.S. economy, despite some market volatility that was attributed to news out of the Federal Reserve. Markets rallied based on a Ben Bernanke speech that suggested the economy was not out of the woods yet and that quantitative easing remained an option if things worsened. Markets also collapsed on the release of the minutes from the Federal Reserve Open Market Committee, which indicated that the economy was stronger than the Fed had anticipated and offered no hints that more quantitative easing was being considered.

Employment: March saw a disappointing 120,000 jobs being added; the lower number was mainly a result of a large decline in private-sector retail jobs and the continued contraction of the public sector. This is a significant drop from the revised 240,000 jobs in February and revised 275,000 jobs in January. The unemployment rate fell slightly, to 8.2%.
Manufacturing: Slight improvement; expected to remain flat throughout the year
Manufacturing: Manufacturing data in February remained mixed but still showed an improvement from January, at least in terms of durable-goods orders. As export demand weakens and growth slows in the auto sector later this spring, Morningstar economists are not expecting a lot of growth (or declines) from manufacturing in 2012. The economic key continues to remain in the hands of U.S. consumers, with a potential added boost from housing and construction markets.

Housing: Real estate data continued to be relatively inconclusive as abnormal weather wreaked havoc on the data, causing most real estate numbers to show better results on a year-over-year basis than on a month-to-month basis. The Case-Shiller Home Price Index (seasonally adjusted) for the three months ending in January was flat compared with December, while the year-over-year numbers showed some improvement. Month-to-month pending contracts for February were down 0.5% and have now declined for two of the last three months, while year-to-year pending contracts were up a stunning 9.2%. Although the media remains thoroughly confused, with many outlets featuring month-to-month weakness while others ran headlines trumpeting a new boom based on the year-over-year numbers, Morningstar economists believe that the truth lies somewhere in the middle.

Retail: The International Council of Shopping Centers reported 4.1% year-over-year same-store sales growth in March, matching the gains in February. Warm weather and an earlier Easter helped boost the numbers, with both apparel and department stores showing an improved growth rate.

Conclusion: A Good Start to the Year but Risks Remain

The first quarter of 2012 saw the U.S. economy gaining strength as other world economies slowed. Morningstar economists believe that slow but steady U.S. GDP growth, moderating inflation, and rising employment growth may be on tap for the remainder of the year. While better employment has helped a number of sectors, including housing, restaurants and even health care, other sectors such as industrials continued to worry about slowing demand from Europe and China. Slowdowns in these regions may be harmful to individual companies but not necessarily to the overall U.S. economy—many of those goods are not produced in the U.S. Overall, companies poised to benefit from a relatively strong U.S. economy with limited exposure to non-U.S. markets may be better performers. This includes small-cap companies that typically had a smaller portion of their revenues from non-U.S. sources. Around the world, government data suggests that China’s typical 10% growth rate is likely to fall to 7.5%. A slowdown in China combined with a less generous U.S. Federal Reserve will likely bring in commodity prices, significantly affecting commodity-based economies (such as Australia and Brazil) as well as capital goods-related exporters (such as Germany).

You should not assume that any discussion or information contained in the presented material(s) serves as the receipt of, or as a substitute for, personalized investment advice from PWM. To the extent that a reader has any questions regarding the applicability of any specific issue discussed above to his/her individual situation, he/she is encouraged to consult with the professional advisor of his/her choosing. ©2012 Morningstar, Inc. All Rights Reserved. The information contained herein (1) is intended solely for informational purposes; (2) is proprietary to Morningstar and/or the content providers; (3) is not warranted to be accurate, complete, or timely; and (4) does not constitute investment advice of any kind. Neither Morningstar nor the content providers are responsible for any damages or losses arising from any use of this information. Past performance is no guarantee of future results. “Morningstar” and the Morningstar logo are registered trademarks of Morningstar, Inc. Morningstar Market Commentary originally published by Robert Johnson, CFA, Director of Economic Analysis with Morningstar and has been modified for Morningstar Newsletter Builder. Photo Credit: NeilsPhotogtaphy