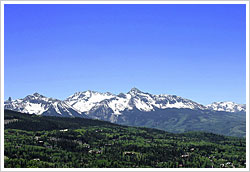 A Strong Start to the Year

The S&P 500 has risen by almost 7% so far in 2012, causing investors to wonder whether the economy is slowly improving or whether this growth was merely the result of the January effect. Global economic news have generally been positive-it included China’s slight drop in fourth-quarter GDP (as opposed to a plunge), a relatively quiet Europe, a positive U.S. employment/unemployment report, and the Federal Reserve’s promise to extend low rates through 2014. Corporate earnings have so far been a mixed bag, and Morningstar economists believe that even as the U.S. economy continues to recover, earnings may continue to slow, especially for companies with significant exposure to China and Europe.

GDP: Real GDP grew by 2.8% in the fourth quarter, reflecting an overall positive trend in 2011. Consumer goods and inventories (GDP measures production, whether it is sold or simply sitting on a shelf somewhere) led this growth, contributing 1.3% and 1.9%, respectively, while government spending declined by 0.9%, mainly because of cuts in the defense budget. Morningstar economists believe that the 2.8% growth does not represent the new baseline for 2012, because the results were artificially boosted by unexpectedly good weather, the return of more normal auto production, inventory rebuilding, and shifts in retail employment.

Employment in January grew by an impressive 243,000 jobs, with 257,000 coming from the private sector, while the number of government jobs shrunk by 14,000. Although job growth rose across most sectors (only finance, information services, and government were down), the surprise came mainly from autos and durable goods, which benefited from favorable weather and large jumps in manufacturing and overtime hours, respectively. Retail also came as a surprise, as declines in seasonal hiring were offset by higher department-store and auto-showroom hiring, which boosted overall retail employment into growth territory.

The unemployment rate in January dropped to 8.3% from 8.5%. More important, this reduction came mostly from job growth as opposed to discouraged workers dropping out of the labor force or ceasing to claim benefits. To date, the U.S. economy has regained 41% of the 8.9 million private-sector jobs that were lost during the recession.

The ISM Manufacturing survey reported better-than-expected numbers, indicating the third consecutive increase in the index and reflecting continued improvement in the auto industry. New durable-goods orders also rose much higher than expected in December, indicating that the manufacturing sector may be picking up steam and growing stronger.

The bold decision to keep interest rates low through late 2014 came as a surprise to many, and markets reacted positively to this unexpected news. Morningstar economists believe that continued low interest rates will actually start to pinch savers and hurt the personal income report in a meaningful way. Furthermore, this extended length of time does not lend any sense of urgency to either potential homebuyers or corporations considering large capital expenditures, further suppressing housing and private-sector growth. Given all the global economic uncertainty, there’s almost no point in buying anything today when rates are guaranteed to stay low for the foreseeable future.

Despite the good employment news, the overall outlook remains far from optimistic. Rising prices and stagnant incomes put pressure on savings, while the low interest rate environment offers little yield as stocks continue to struggle. Although everybody is hoping for economic growth, the question remains-where will that growth come from?