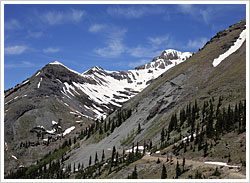 A Look Back: Stocks Surge on Improving Economic Data

U.S. equities staged a significant comeback during the fourth quarter with the S&P 500 Index gaining 11.8%. This performance followed a dismal third quarter that saw major indices around the world fall double digits due to worries about the global economy, the possibility of a double dip recession, the Congressional debt ceiling debacle and the euro-zone sovereign debt crisis. For the year 2011 the S&P 500 Index (adjusted for dividends) returned 2.1%, disappointing, but far superior to the MSCI World EX-US Index which suffered losses of 13.1%.

While the U. S. economy grew during 2011, the rate of growth was slower than expected with consensus expectations for annualized GDP growth around 1.8% to 2.0%. Recent economic indicators relating to rising levels of construction spending, better manufacturing data and signs of an improving labor market have provided further confirmation of a strengthening U.S. economy.

The euro-zone debt crisis and concerns about the future of a single European currency have been in the headlines for quite some time. European policymakers are moving further along the path of progress, but a comprehensive solution for the euro-zone’s debt woes has yet to be proposed. It is generally assumed austerity measures put in place to curb spending and reduce deficits will likely tilt Europe into a recession in 2012. In response to these concerns, the European Central Bank has begun to lower rates and will likely remain accommodative in the near term with the possibility of some sort of quantitative easing along the way. Unlike years past, large US multinational companies are less dependent on developed European economies and more focused on emerging economies such as China, India and Brazil.

Unfortunately, Europe’s debt crisis is also dampening emerging market economies and has negatively impacted demand for Chinese exports. Although the Chinese economy expanded at 8.9% in the fourth quarter, growth moderated to the slowest pace in over two years. With mounting signs that economic activity is retracting, Chinese officials recently began implementing a stimulative monetary policy for the first time in three years. Any significant decline in the Chinese economy or emerging markets in general, will create an additional hurdle for a recovering US economy.

The S&P 500’s operating earnings increased 16% showing strong US corporate earnings growth in 2011. Even with healthy growth in operating earnings, the S&P 500, excluding dividends, still closed the year flat. Large cap companies are attractively priced with current price to earnings (P/E) levels of 12 to 13 times estimated 2012 earnings, well below the historical average of 16. The S&P 500 also offers a dividend yield higher than the 10 year US Treasury Note and more than 2x the yield of the 5 year US Treasury Note. We remain particularly bullish on high quality dividend paying stocks and believe the 78 million baby boomers retiring over the next 20 years will increasingly find this segment of the equity market an intelligent substitute for holding long dated bonds.

A Look Ahead: Prefer Cash Rich Companies in a Debt Ridden World

As we head into 2012, we believe that macroeconomic events will still dominate the headlines, with developments in Europe continuing to take center stage. Volatility levels remain elevated but could spike higher on headline news. An anticipated increase in consumer confidence should temper the reaction to any short-term shocks to the economic system. We believe long-term investors should find the U.S. markets attractive and in particular favor large cap multinational companies with strong balance sheets, ample free cash flow generation, healthy dividend yields and increasing exposure to emerging economies.

Please remember that past performance may not be indicative of future results. Different types of investments involve varying degrees of risk, and there can be no assurance that the future performance of any specific investment, investment strategy, or product (including the investments and/or investment strategies recommended or undertaken by PWM Advisory Group, LLC [“PWM”]), or any non-investment related content, made reference to directly or indirectly in the presented material(s) will be profitable, equal any corresponding indicated historical performance level(s), be suitable for your portfolio or individual situation, or prove successful. Due to various factors, including changing market conditions and/or applicable laws, the presented material(s) may no longer be reflective of current opinions or positions. Moreover, you should not assume that any discussion or information contained in the presented material(s) serves as the receipt of, or as a substitute for, personalized investment advice from PWM. To the extent that a reader has any questions regarding the applicability of any specific issue discussed above to his/her individual situation, he/she is encouraged to consult with the professional advisor of his/her choosing. Photo Credit: VSELLIS