Another Strong Quarter for Stocks

Equities posted their strongest first quarter since 1998, with the S&P 500 Index gaining 12.6% for the quarter. The strong performance was not limited to domestic markets as the MSCI World ex US Index also started the year with an 11.3% gain. Concerns about Europe’s two year old sovereign debt crisis, escalating geopolitical conflicts and an increasing price of oil seemed to temporarily dissipate and a more “risk on” mood predominated during the quarter. 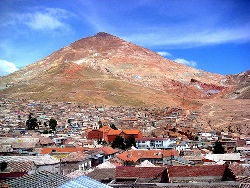 US Economy: A Net Positive Surprise

On the U.S. economic front positive data continued to surprise. The labor market showed signs of improvement, weekly jobless claims dropped substantially and the unemployment rate fell to 8.3%, the lowest level in 3 years. Re-hiring seemed to have increased, boosting consumer confidence, while corporations continued to post solid earnings. The ISM manufacturing index remained in expansion territory, where it has been for the past 31 months.

The housing market also showed some signs of life. While still experiencing downward pressure due to the inventory of unsold homes, prices seem to be looking for a bottom. Affordability remains at all time highs but lending standards have significantly tightened, making it difficult to refinance existing mortgages or purchase new homes. Several government in International: Reason for Optimism and Cautionitiatives aimed at providing relief to struggling home owners also surfaced during the quarter.

International: Reason for Optimism and Caution

The two year old Eurozone sovereign debt crisis continued with a second tranche of bailout funds being disbursed to Greece. Lack of a clear long term resolution remains the primary issue. Moreover, concerns are now shifting to Spain and Italy as evidenced by their rising borrowing costs. Ultimately, we believe a more fiscally integrated Europe will be a required step toward a long term solution to Europe’s sovereign debt woes. While the probability of a disorderly exit from the Euro has decreased, a negative development in any of Europe’s peripheral economies could once again worsen the situation.

Concerns about a deceleration of growth in emerging economies arose during the quarter. For the first time in years, China lowered its growth projections to 7.5% and reported a larger than expected trade deficit, sending commodities prices tumbling lower. Any sustained deceleration in emerging economis, such as China, could pose a threat to the global recovery. While China’s projected 7.5% growth rate represents a deceleration in that country it is much more attractive than a 2.5% estimated growth rate for certain developed economies.

The US Political Landscape: Should Heat Up Soon

The U.S. political situation is also worrisome. A number of economic, tax and debt related issues need to be addressed before the year ends and it is becoming increasingly unlikely that any action will take place until after the November elections. Issues such as the expiration of the Bush era tax cuts, the possibility of an additional increase to the debt ceiling and the automatic spending cuts scheduled to take effect in 2013 could once again tilt the balance towards an economic contraction.

President Obama recently signed into legislation the JUMPSTART Our Business Startups bill (JOBS Act) which eases the Sarbanes –Oxley (SOX) auditing and reporting requirements on smaller companies looking to go public. For the first time, Americans will now be able to go online and commit capital to startups and entrepreneurs. Our concerns are not with the intent of the bill but rather the unintended consequences that could follow. Inexperienced and unsophisticated investors may find themselves vulnerable to scams and unscrupulous brokers. (→click here to read more about the JOBS Act)

A Look Ahead: No Signs of Inflation but…

Overall, the macro back drop remains positive for risk assets. Central banks remain accommodative and we do not foresee any major changes to their stances in the near term. In the U.S., the Federal Reserve remains committed to historically low interest rates until late 2014.

We see no outward signs of inflation (yet), but believe now is the time to be mindful of a recovering economy and the potential portfolio impact of rising rates in the future. There is no guarantee the Federal Reserve will achieve a “perfect landing” with respect to their “planned” interest rate scenario.

Please remember that past performance may not be indicative of future results. Different types of investments involve varying degrees of risk, and there can be no assurance that the future performance of any specific investment, investment strategy, or product (including the investments and/or investment strategies recommended or undertaken by PWM Advisory Group, LLC [“PWM”]), or any non-investment related content, made reference to directly or indirectly in the presented material(s) will be profitable, equal any corresponding indicated historical performance level(s), be suitable for your portfolio or individual situation, or prove successful. Due to various factors, including changing market conditions and/or applicable laws, the presented material(s) may no longer be reflective of current opinions or positions. Moreover, you should not assume that any discussion or information contained in the presented material(s) serves as the receipt of, or as a substitute for, personalized investment advice from PWM. To the extent that a reader has any questions regarding the applicability of any specific issue discussed above to his/her individual situation, he/she is encouraged to consult with the professional advisor of his/her choosing.