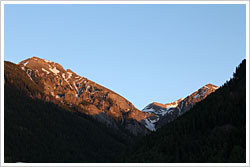 February saw markets continue to inch upward because of a temporary resolution to the Greek debt crisis. A second bailout was approved by European leaders, pending a bond swap in which private creditors are expected to accept a write-off that would significantly reduce Greece’s sovereign debt. Also important was a reduction in Chinese bank reserve requirements, sending a message that the Chinese government is willing to do whatever it takes to prevent their economy from slowing too much. In the U.S., the disconnect between corporate earnings growth and economic growth continued to widen, as year-over-year GDP growth was relatively stable over the past year, while the S&P 500 year-over-year earnings growth decelerated throughout 2011.

GDP: Fourth-quarter real GDP growth was revised to 3.0% from 2.8%, with durable goods production and the rebuilding of depleted auto inventories still the two prime contributors to overall GDP growth. Warm weather, falling gas prices, and more auto production by Japanese auto transplants joined forces to artificially boost the fourth quarter. Morningstar economists believe that the 1.7% growth registered for the full year was probably more representative of trend-line growth than the sharp acceleration we saw in the fourth quarter.

Employment: February was the third straight month of solid job growth as employers added 227,000 jobs, mainly from a slower contraction of the public sector and the continued rise in private payrolls. In addition, both January and December job numbers were revised upwards (284,000 and 223,000, respectively), resulting in a net increase of 61,000 jobs. The unemployment rate remained at 8.3% as some previously discouraged workers returned to the improving labor market in search of jobs.

Manufacturing: Data Seems to Have Peaked; Looking for Improvements in the Services Sector

Manufacturing: After three consecutive months of improvement, the ISM manufacturing index for January declined slightly. January durable goods orders fell sharply from December, driven by weaker machinery and transportation product orders. Some of this weakness stemmed from the expiring tax incentive for full depreciation of capital goods, which expired at the beginning of 2012. Morningstar economists believe that while a stronger manufacturing sector provided a big psychological lift, at this stage of the recovery it is not going to be the key driver that it was earlier. The larger services sector has to do better at this point to sustain the recovery.

January’s existing-home sales continued to show signs of life, growing to 4.57 million units, the second-best report in the last 18 months. To put that number in perspective, this metric peaked at 7.27 million units in 2005 and bottomed at 3.30 million units in July 2010. However, other than brokerage commissions, new furniture, and maybe an increase in remodeling expenditures, the existing-home sales statistic typically does not have a large direct impact on GDP, employment, or production, though it is a great indicator of long-term consumer confidence. The Case-Shiller pricing data for homes in December, on the other hand, was a disappointment and showed an accelerated decline from prior months.

Commodity markets reacted strongly to positive economic data, with oil closing above $100 a barrel. (Iran’s saber-rattling didn’t help). Unfortunately, commodity inflation sours consumer spending. But U.S. inflation continued to improve despite the jump in gasoline prices, changing only 0.2% on a month-over-month basis (2.4% annualized). The primary reason inflation came in better than expected was because of a massive 2.9% decline in natural gas, cancelling out the well-publicized rise in gasoline prices.