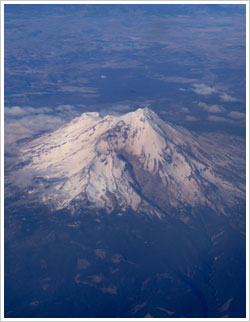 2011 ended with the S&P 500 almost flat after a tumultuous year. As Europe continued to be of concern, markets loved the coordinated central bank maneuver that ensured liquidity across global financial systems in order to calm panicky investors. Although a global economic slowdown is very real, given the possibility of a European financial contagion and a slowdown in China, the U.S. could potentially be the engine of worldwide growth in 2012.

Employment: A Step in the Right Direction

December saw the addition of 212,000 private-sector jobs, mostly from large increases in delivery personnel, retail sales workers, and construction workers. The holiday season and the boom in online shopping activity accounted for the two former, while unusually warm weather in December helped the latter. While sizable, the private sector has lost 8.8 million jobs throughout the recession and has only gained back 2.8 million of these jobs. At current growth rates, three additional years are still required to recoup all these jobs. The government sector, on the other hand, continued to shed jobs (another 12,000 jobs in December). This brings the total number of government jobs lost since the recovery to almost half a million. The unemployment rate fell to 8.5% in December, aided mainly by increased employment with some help from labor force dropouts.

Both government new-order reports and industrial-production reports indicated that the U.S. industrials sector was not declining, with some reports even showing signs of modest growth. Positive new-order reports are particularly important-they help predict production and employment in the upcoming months. The most-recent durable-goods order report reflected strong numbers for autos and airplanes, while others, such as non-defense capital goods, slowed. Higher inventory levels and better pricing for autos and Boeing’s anticipated production jump to satisfy deliveries for its 787 Dreamliner contributed to these numbers.

This holiday season was a great time to be a consumer, as opposed to a retailer. As consumers continued to spend and take advantage of phenomenal deals and discounts, some retailers saw their margins decline as a result. Luxury and low-end retailers did relatively well, but companies serving the middle market, such as Best Buy and Target, struggled. Apparel companies were hit especially hard, given the unusually warm weather in December.

Stringent lending standards and general attitudes toward home ownership continued to hold back the housing market despite housing affordability remaining at a record high with low prices and low mortgage rates (now below 4%). This could be seen in the 7.3% jump of pending home sales (homes that go under contract but have yet to close, pending appraisals and financing) in November compared with October, which are now at their highest levels in 19 months. However, the housing market continues to underperform, and home prices are still more than 30% below previous highs over the last decade. A catalyst, such as a stronger employment market, may be required before the housing market starts to improve significantly.

US Recovery: Looks to be on Track but Downside Risk Remains

2011 saw the U.S. economy grow, but at a much slower rate than predicted by many economists. Poor weather, oil and gas price shocks caused by political unrest in the Middle East, and supply-chain disruptions related to the Japanese tsunami all contributed to the first half’s abysmal growth rates. Growth accelerated, as oil and gas prices fell back down and production facilities came back online in the second half of the year. 2011 also brought to light the severity of the European sovereign debt crisis and the slowdown of China’s economy, causing investors and companies alike to sit on the sideline, weary of another global recession. Morningstar economists believe that the U.S. economy has more potential for upside than downside in 2012 as consumers continue to spend, manufacturing picks up, U.S. oil production increases, and the housing market becomes stronger.

Help Us Spread The Word. Share This Article With Your Friends & Peers  ↓