Early May brings around pollen, warmer weather, bar-b-que’s and of course, the beginning of Horse Racing’s three most important races.  The Triple Crown of Thoroughbred Racing is a feat not many horses can lay claim to – winning the Kentucky Derby, Preakness Stakes and the Belmont Stakes in the same year.  Since 1919, only 13 horses have completed the tall task and the latest two being American Pharoah (2015) and Justify (2018) ended a long drought of winners since Affirmed won in 1978.  Bob Baffert, the legendary trainer of both American Pharaoh and Justify, and now seven Kentucky Derby winners, trained this years winner, Medina Spirit, but the stud couldn’t bring home another Triple Crown and finished third in the Preakness Stakes last weekend.

Maybe the biggest piece of news these last two weekends in horseracing wasn’t the horses or jockeys, but the rumors swirling around the training methods of Baffert’s winning ways.  Medina’s win at Churchill Downs is still up in the air after the horse tested positive for a banned substance.  The second blood test is still under way, however the damage might already be done.  Regardless of the asterisk being placed on paper, any fan of the sport will have an asterisk next to 2021’s winner in their head.  This isn’t the first run in with borderline doping scandals for Baffert, either.  His Triple Crown winner, Justify, failed a drug test before racing those three dashes that year. Baffert has escaped these initially faulty drug tests, but ironically, this has all happened after he’s already been inducted into the hall of fame!  New York Racing Association has taken this protest the farthest by suspending the trainer from all horse tracks in the state of New York, home to Belmont Stakes.

Victory lap stumbles are something very commonplace in investing.  Bill Miller comes to mind.  Bill Miller was a fantastic portfolio manager for Legg Mason who outperformed the S&P 500 for fifteen years in a row leading up to the 2008 financial crisis.  When asked how he did it, he described the process as “easy”, selecting high quality, dividend paying companies, which frankly isn’t all that different than what we like now.  The only problem is that in 2004-2007, high quality dividend payers meant overweighting banks in a time when they were taking on extreme leverage.  Fast forward a year later and Bill Miller’s portfolio took a nearly 70% tumble in 2008 and 2009.  There’s no coming back from those kinds of losses, no matter how well you’ve done up until that point.  He lost investor confidence and his reputation was permanently tainted. Ironically — his fund has performed exceptionally well over the last five or so years with very early and concentrated exposure to Amazon (AMZN) and Bitcoin.

Call it greed, of reputational prestige or making more money, but time and time again we see professionals and lay people alike fumble on the goal line.  Retirement savings are something we believe should never be at risk of a catastrophic losses like these.  There’s no glory or fame in hitting singles or doubles, but once you’ve won the game, why are you still trying to hit home runs? 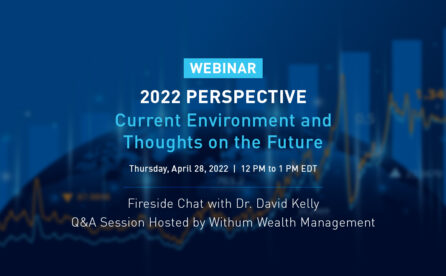